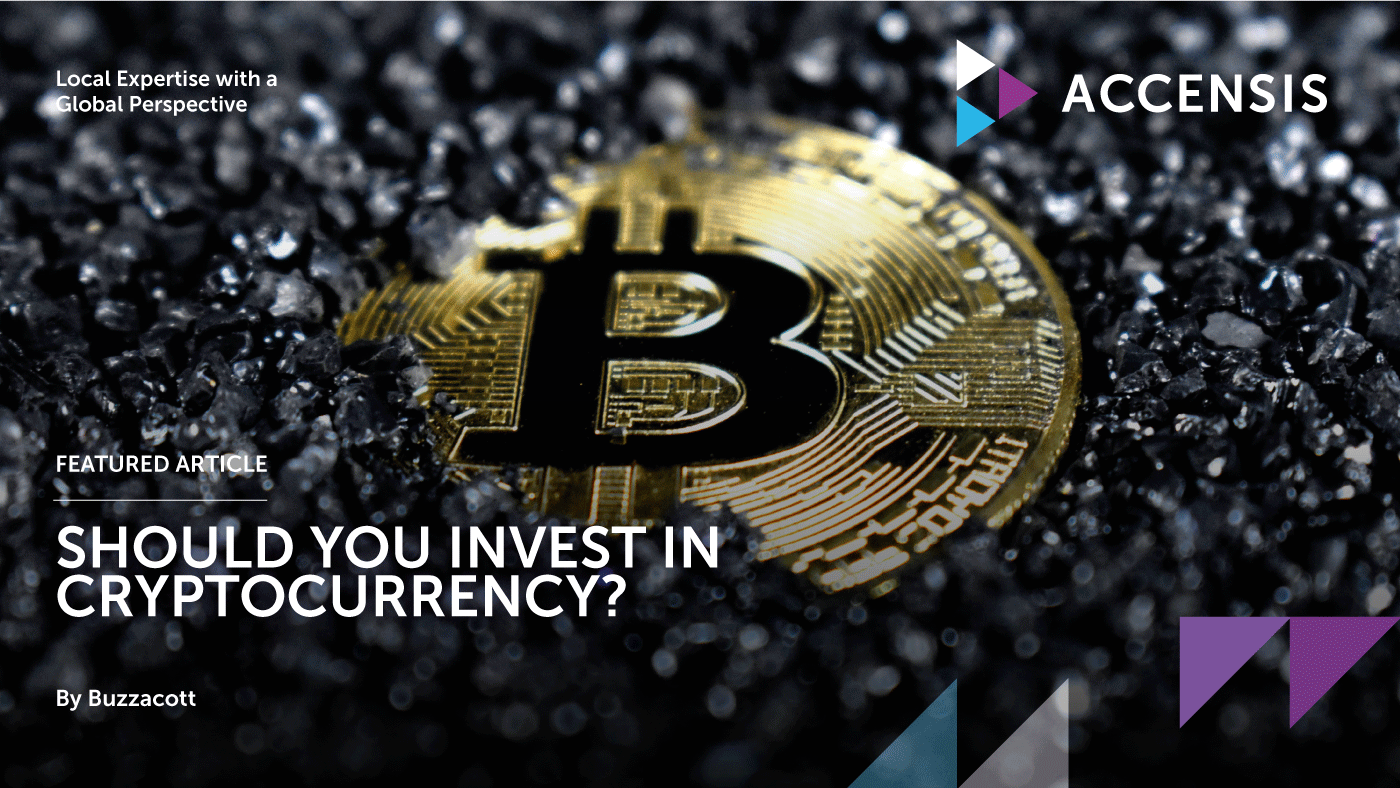 Cryptocurrencies have made headlines, become sought after assets for investors and have caused political concern, but do they have a place in professionally managed investment portfolios?

Despite being around since 2008, the recognition and attention given to cryptocurrencies, in particular Bitcoin, has taken off in recent years. The almost unstoppable surge in the value of Bitcoin, predominantly over the past six months won’t have passed many by. Far less publicised was the almost 20% fall in value from its all-time high (c. $65,000) set last month which demonstrates cryptocurrencies’ current volatile nature.

DO YOU KNOW WHAT YOU'RE INVESTING IN?

Bitcoin is just one of many cryptocurrencies, with new ones popping up on a seemingly daily basis. These ‘currencies’ don’t yet have the stability that many would associate with an asset to be used as a medium of exchange. Their highly volatile nature is persisting and is largely driven by speculation; fueled by waves of media attention, reported uses, company endorsements, political attention and the occasional celebrity tweet.

Similarities to the dot-com bubble of the late 1990s cannot be ignored. FOMO (fear of missing out) in the early days of the internet led the Nasdaq stock index to rise by over 400% from the start of 1995 to March 2000, only to fall by 78% in the subsequent two years (October 2002), losing all the value gained alongside many companies ceasing to exist.

We've already seen a large number of cryptocurrencies fail and the correlation that many have with each other is further evidence that it's still a largely speculative market with the differences between some of them and their chances of long term, widespread adoption not seeming to feed through to valuations. This, along with the technical complexities of the blockchain technology that underpins cryptocurrencies, may point to a more fundamental fact. Some retail investors getting caught up in the hype of cryptocurrencies may be falling foul of the old adage, often attributed to Warren Buffet in relation to investing in businesses - that you shouldn’t invest in something that you don’t understand.

THE MYTHS AND THE REGULATION

While there's generally a certain level of anonymity to transactions in cryptocurrencies and even reports of nations using them to avoid international sanctions, it is wrong to then assume that they are a method to evade scrutiny and avoid taxation. In the UK, platforms share data with HMRC and gains are subject to capital gains tax. In the US, the President’s plan to almost double the rate of tax on investment gains resulted in the recent sharp falls in cryptocurrency valuations.

The way in which governments and central banks try to implement regulations has been, and will continue to be, a challenge. Many have taken the ‘if you can’t beat them, join them’ approach with 36 central banks across the world now developing their own digital currencies. This includes the Bank of England who, with the Treasury, are exploring the possibility of a Central Bank Digital Currency (CBDC). These digital currencies may speed up payments and improve security but they lack some of the fundamentals that make cryptocurrencies so appealing to their advocates such as decentralisation and the perception that they are free from the manipulation of governments or other institutions.

ARE CRYPTOCURRENCIES HERE TO STAY?

Despite being almost 13 years since cryptocurrencies first came to light, it's still very early days. In our view, a number of challenges remain before cryptocurrencies become mainstream. Among other factors, achieving price stability is critical. The supply of cryptocurrencies is potentially key to this, having supply adjustable based on price via some metric like a traditional currency would seem logical, however, this goes against the original concept of decentralisation and no linkage to monetary policy. It's impossible to predict how long it will take for some cryptocurrencies to evolve into stable alternatives to traditional currencies.

There are of course other challenges that may inhibit their success that range from the lack of understanding of the complex technology, future regulatory impact to the sustainability of ‘mining’ cryptocurrencies. The mining of some (but not all) cryptocurrencies is resource intensive with almost 1% of the world’s energy consumption currently being used to mine cryptocurrencies. As consumers become increasingly aware of the impact of their spending and demands on the planet, it's unlikely that this will continue to be acceptable. This is highlighted as we write with Tesla’s announcement that they will no longer accept Bitcoin as a method of payment only months after permitting this, citing their concerns of the environmental impact of Bitcoin mining and transactions, resulting in an almost instantaneous 10% drop in Bitcoin price.