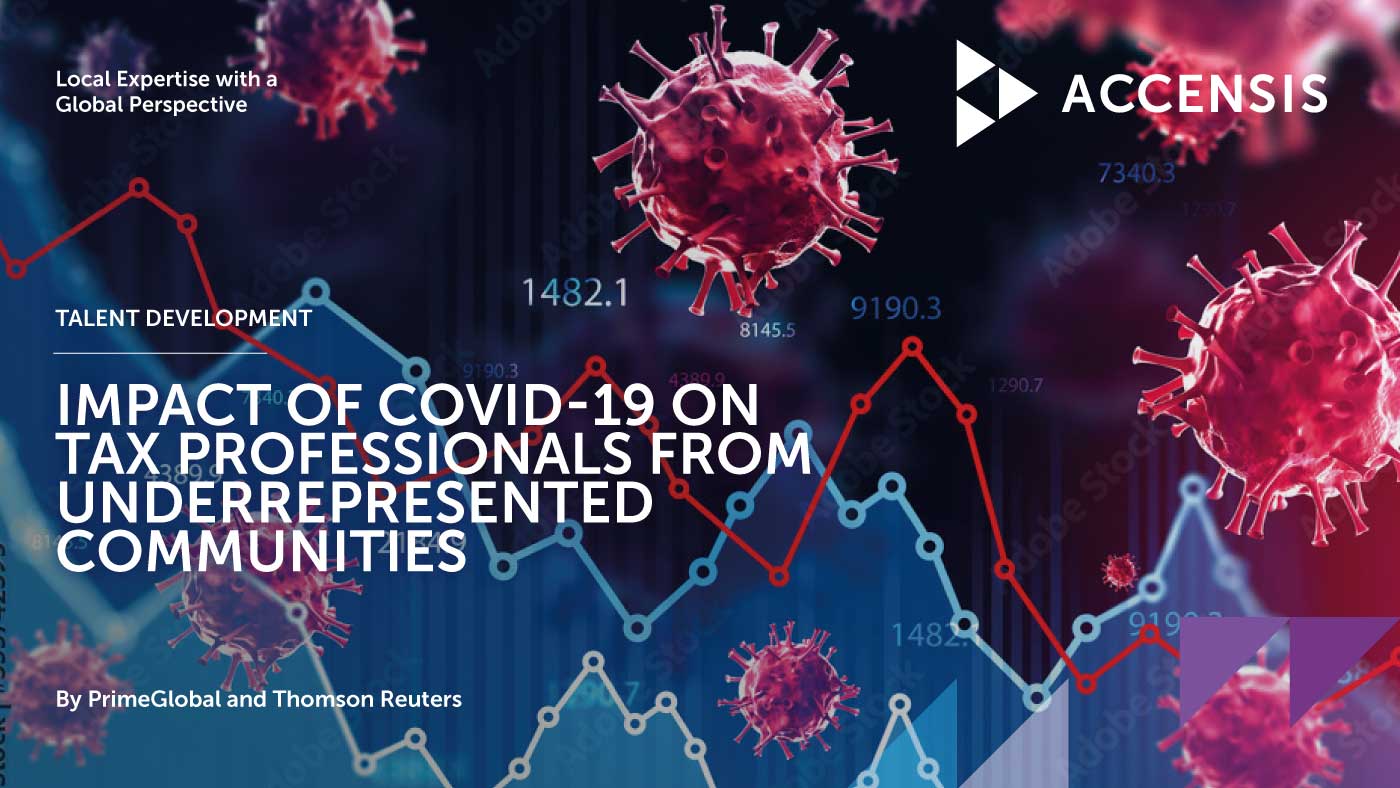 The survey found that 40% of accountants from a minority race/ethnicity background reported career development and progression to be challenging before the pandemic and after it started, citing reasons such as increases in work hours and responsibilities. Concerning gender, 54% of women reported increased work hours compared to 43% of men, and 35% of women compared to 29% of men had increased work responsibilities without additional compensation. That being said, a higher percentage of female accountants reported receiving a pandemic bonus and promotion to a senior role, 36% and 12%, respectively.

"By any measure, COVID-19 has had devastating impacts on working professionals across all verticals, and the tax profession was no exception. The effects of the pandemic on underrepresented groups ––including people of color and women –are critical for us to understand better as we move forward as an industry. This study has given us a glimpse into the experiences of marginalized groups within the tax community, providing leaders with essential steps for elevating our peers as the pandemic wears on and well into the future.” Elizabeth Beastrom, President of Tax & Accounting Professionals, Thomson Reuters

Women’s Wellbeing and Pandemic Aftershock in the Workforce

In addition to these findings, survey respondents noted frequent discrepancies between what organizations said about diversity and inclusion and what they actually did to adequately and evenly represent employees of all genders and ethnic backgrounds. This point becomes critical as the industry presses forward, putting ongoing and effective DEI programs into place and actively moving underrepresented tax professionals through the ranks and into senior leadership roles.

“Current concern regarding talent retention and acquisition is motivating accounting firms to seek highly qualified talent from underrepresented communities in new and creative places. The survey data provides proof of the inequality within the workforce. We’re hopeful that these findings support critical DEI efforts and encourage PrimeGlobal firms and leaders in the profession to work toward sweeping changes that better represent the breadth of talent available in the accounting industry.” Michelle Arnold, Executive Director, PrimeGlobal

More than 300 tax and accounting professionals were surveyed from various countries and backgrounds in June 2021 to gain insights into how COVID-19 affected diversity and inclusion efforts and those in diversity lead roles and the impacts of the pandemic on individuals in underrepresented groups, including gender and ethnicity.