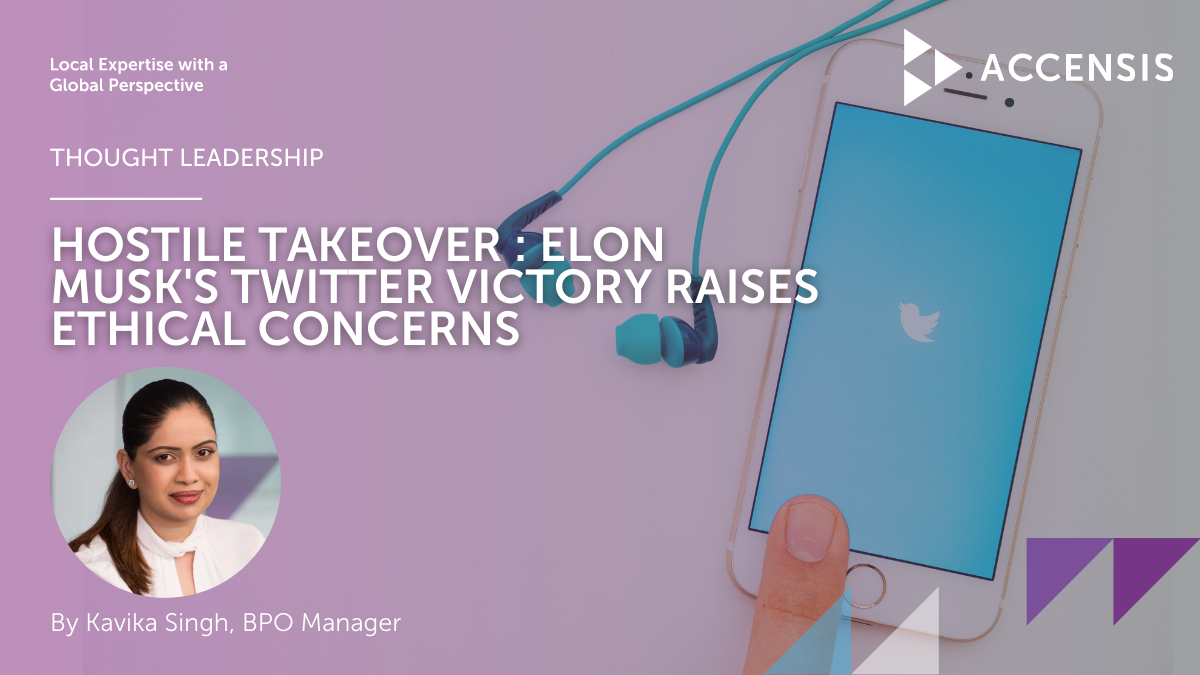 The recent media coverage of the hostile takeover of Twitter by Elon Musk has caused a heightened buzz around what the privatisation of the US-based social media company could mean for the world.

These media releases were particularly intriguing to me. It fascinated me to see my academic knowledge of mergers and acquisitions unfold in real life and roused concerns about Musk's intentions post-acquisition.

In the case of the Twitter takeover, Twitter invited Musk to join the board of directors, for which he later declined.

A seat on the board would have meant that Musk would have had to act in the company's best interest, requiring him to raise his concerns about Twitter privately, something for which Musk is not known.

Musk made an unsolicited and non-binding offer of $43 billion to purchase the company and take it private, described as a hostile takeover.

The board eventually settled for a buyout of $44 billion.

Hostile takeovers may occur if a company believes a target is undervalued or when activist shareholders want changes in a company or simply kill competition and improve their position. Elon Musk's purchase was to promote freedom of speech, enhance the product with new features and unlock its true potential, among other reasons.

An ethical concern is that promoting freedom of speech could encourage hate speech, increasing violence.

Musk, however, has asserted that his view of free speech is speech that complies with the law.

Target companies can engage in defence strategies that can protect them against a hostile takeover, such as poison pills and golden parachutes.

A poison pill is when a company allows its shareholders to buy its shares at a considerable discount to the stock's market price.

The Twitter board announced a poison pill strategy which allowed shareholders to purchase additional shares with an expiration date of 2023.

Shareholders of the target company usually see an immediate benefit when their company is the target of acquisition since the acquiring company pays a premium price to acquire their shares.

In the end, any takeover, hostile or friendly, must create shareholder value.