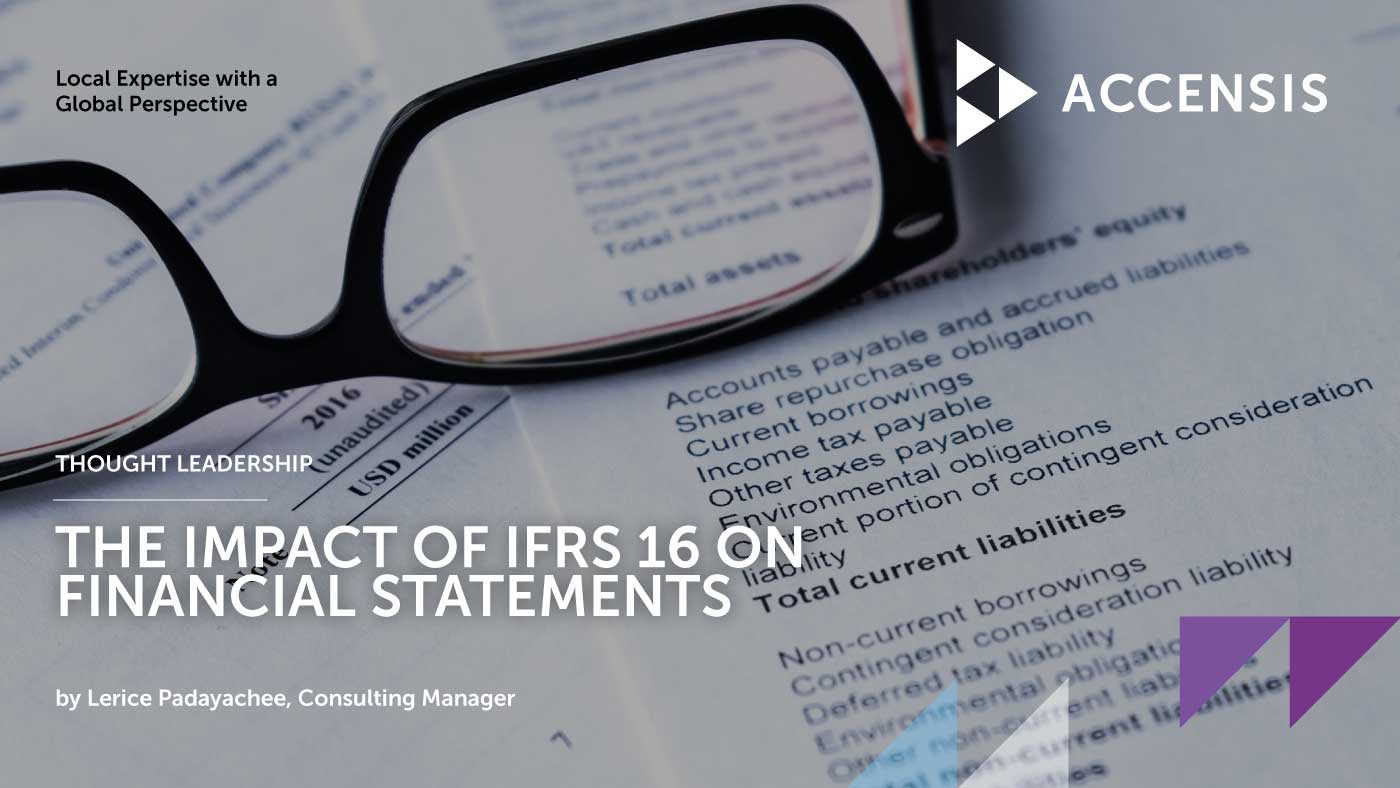 In January 2016, the International Accounting Standards Board (IASB) issued a new standard for lease accounting, IFRS 16. The standard came into effect on 1 January 2019 and affects all entities with year ends beginning on or after 1 January 2019. Implementation of IFRS 16 impacts significantly on lessees with little impact on lessors. IFRS 16 defines a lease as a contract, or part of a contract, that conveys the right to use an asset for a period of time in exchange for consideration. The major difference between IFRS 16 and IAS 17 (the prior leases standard) is that IFRS 16 no longer differentiates between finance and operating leases. The lessee will have to account for all leases as finance leases, except where the leased asset is of low value or the period of the lease is short term.

The effect of this new approach to accounting for leases will have significant implications for entities operating in the retail, hospitality and transportation industries where a substantial portion of their fixed assets are held under lease agreements. For lessees, where property and machinery were previously held under operating leases with operating lease expenses being recognised in the income statement, these will now be recognised as finance leases with depreciation and interest expense being recognised instead.

Where assets were previously held under finance leases, there was no impact on the balance sheet. This is no longer the case with IFRS 16. Lessee accounting under IFRS 16 will result in a right of use asset being raised in the statement of financial position with the corresponding debt incurred raised as a liability in the statement of financial position. In terms of IFRS 16, the leased asset is termed the “Right of Use” asset as it conveys the right to use an asset over the lease term. The right of use asset value is equivalent to the present value of the future lease payments for the duration of the lease term. Balance sheet ratios will also be affected by the introduction of a “Right of Use” asset and corresponding liability.

As companies adapt to the new reporting requirements of IFRS 16, more information on its impact on financial statements will become available within the next year of the standard being effective. What changes is IFRS 16 bringing to your company?