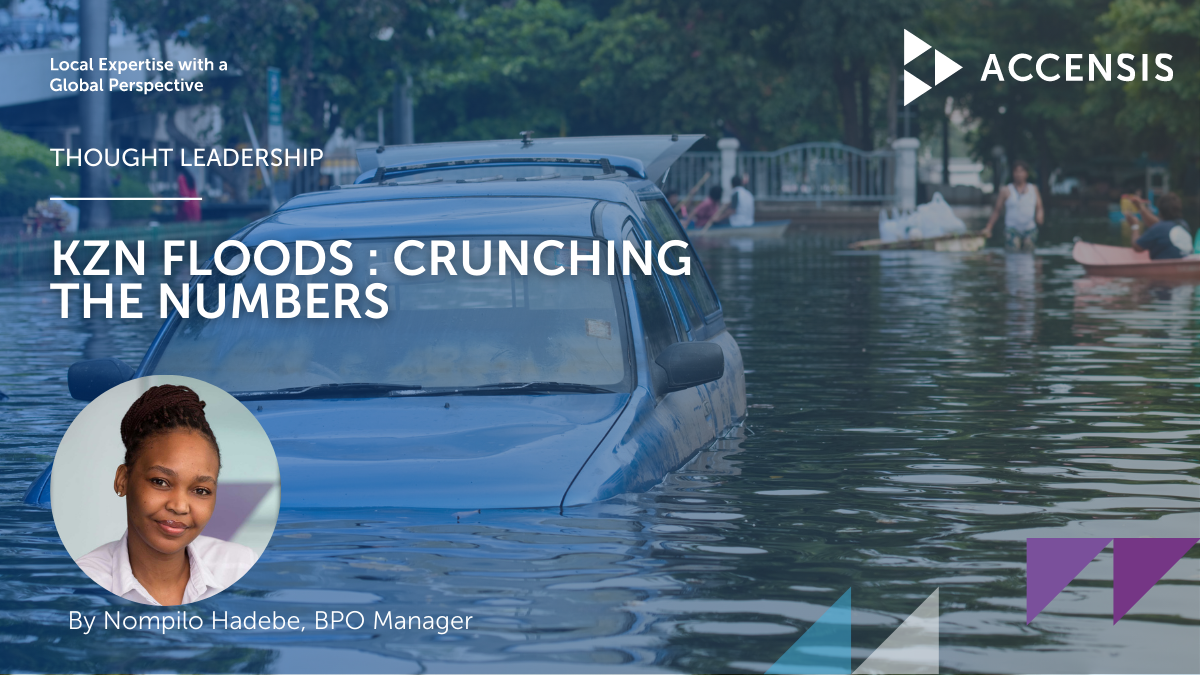 Just when KZN was recovering from covid-19 and looting, it was hit with devastating floods that took over 400 lives and left many local and international businesses and schools destroyed. Many of our neighbours and loved ones in the province have been left without a place to call home.

Shortly after the end of the coronavirus's panic, a national state of disaster was declared.

‍
Many organisations claim the 300mm rainfall is a symptom of climate change. It seems that South Africa is currently seeing unusual rain patterns.

The Institute for Security Studies (ISS) argues that floods are one of the most visible and deadly signs of climate change in the country.
Mother nature was left in a state of disrepair, but our local economy and man-made infrastructure also took a hard hit.

To paint a picture, here are the numbers:

‍
7 245 people are now taking refuge in shelters after homes were destroyed.

‍
R955.4 million worth of damages to rail infrastructure.

‍
R1 billion in water and sanitation infrastructure damages, leaving many without water following the flood.

Overall, it will take R17 billion to fix the damages.

Even though our community was hit with tragedy, KZN came together with East Coast Radio and Gift of the Givers to raise R6.5 million.

‍
Over 6000 people are currently homeless; the death toll from the floods stands at around 435, with many still missing.

Roads were destroyed, leaving people struggling to travel to and from work.

A lot of areas did not have water and electricity. Some people went without these essential services for over 14 days. It was reported that the issue would be resolved in the next four months as the government has promised it would provide relief in due course.

Despite the unforeseeable disaster, KZN stood strong and worked together to help all those who were affected.

This, too, shall pass as KZN has been through a lot: decades of devastating natural disasters and the 2021 July riots, these couple of years have proven that if we work together, anything is possible through positivity.

‍
We pray for those who have lost their families and hope for normality.