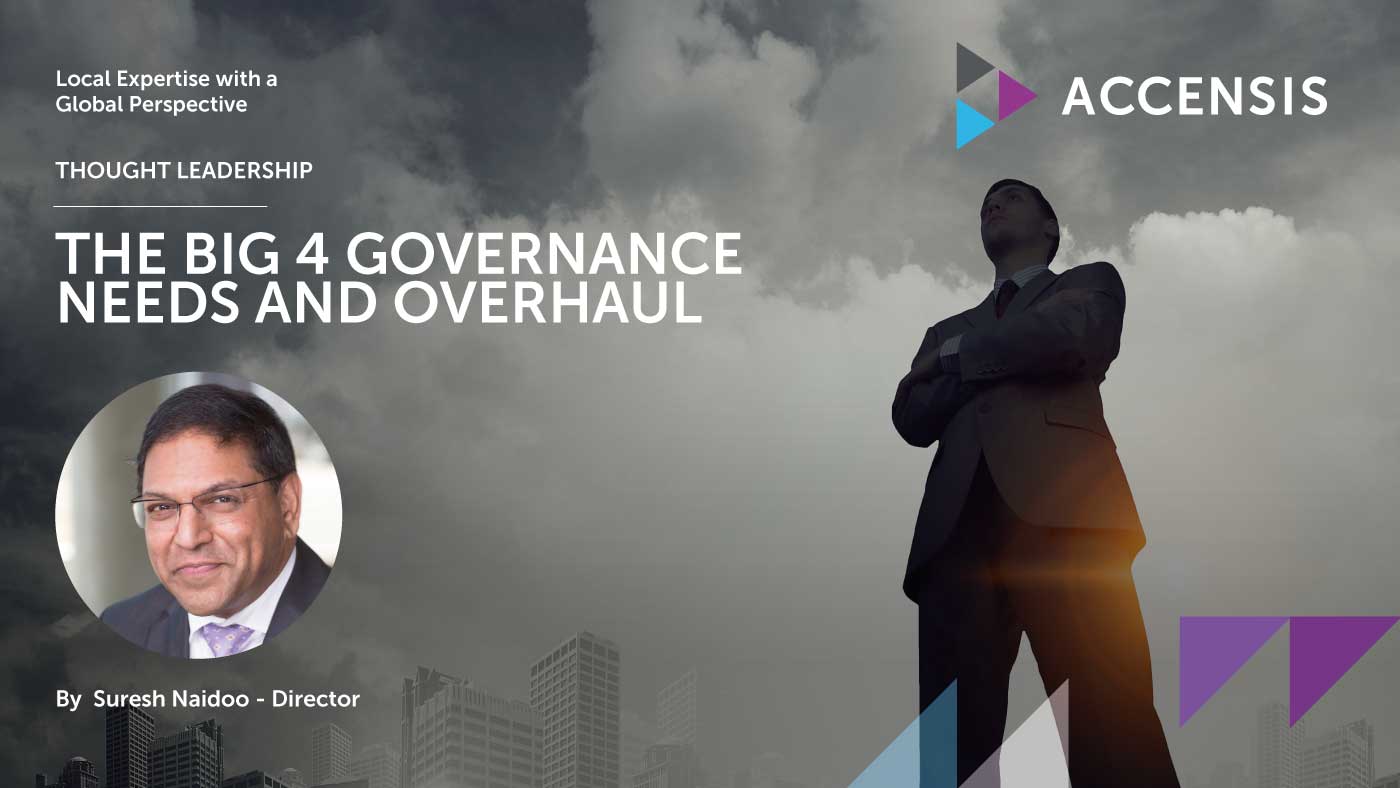 The Big 4 audit firms are essentially private enterprises that are owned and managed by their partners or directors, depending on whether they are structured as an incorporated company or partnership. The governance structure of private enterprises and the level of transparency, are accordingly left to the shareholders, providing they comply with the statutory obligations set out in the governing legislation such as the Companies Act.

This would accordingly apply to audit firms. These audit firms provide assurance to capital markets as to the fair presentation of the financial statements and other allied assurance functions, which is a critical public function. It would follow that these firms, most especially those who provide assurance on Public and listed companies, to follow generally accepted governance principals and provide a higher level of transparency. Currently the information made available publicly by these companies are controlled by them individually.

The boards of these companies are generally made up of directors who are also shareholders. King 4 requires that public companies have a majority of independent non-executive directors and a chairman chosen out of these ranks.

KPMG has taken this step and has appointed Prof Wiseman Nkuhlu as its chair. This is admirable but unfortunately was done as a result of one of the worst scandals in the South African auditing profession, the Gupta audits and the SARS debacle. In its history, in 2007, it was KPMG who appointed its then chairman as its CEO. Quite mind boggling to think that a chairman can become the CEO. It flaunts all the principles of good governance and leaves you wondering how objective the “chairman’s’’ decisions were in his time as chairman, knowing that the people he was overseeing were about to make a decision on his future as CEO.

Deloitte is doing exactly that now. I hope these firms are not waiting for another major failure to appoint an independent chairman. It is these very governance principals that they are peddling to their clients as part of their consulting services.

You might ask why these firms need to conform? They play a critical role in keeping the capital markets safe for stakeholders and owe a duty to practice good governance for the public benefit. The regulator IRBA has adopted good governance principles with its Board. It would be a very positive if these firms adopted these principals before another failure necessitates regulations to get them in line.